The intensive fossil fuel combustion by humanity resulted in the increase of atmospheric CO2 concentration creating the greenhouse effect, which in turn causes severe environmental problems. Thus, humanity should find solutions to decrease dependency on fossil hydrocarbons in order to lower CO2 emission into the atmosphere. Photosynthetic microorganisms, including cyanobacteria, exhibit great potential for this purpose, being able to fix and directly convert CO2 into organic chemicals using solar irradiation as an energy source. Establishing cyanobacteria as microbial cell factories enables the sustainable production of bulk chemicals and biofuels.

In this thesis, the production of industrially relevant chemicals, i.e. succinate and aromatic compounds by the cyanobacterium Synechocystis sp. PCC 6803 was explored. Succinate is naturally formed via the tricarboxylic acid cycle (TCA cycle) in cyanobacteria. Phosphoenolpyruvate carboxylase (PEPc) is an essential enzyme in replenishing the oxaloacetate intermediate of the TCA cycle. Succinate production was investigated by introducing a new capacity for its synthesis via overexpression of heterologous glyoxylate shunt genes together with overexpression of native PEPc. The implementation of the glyoxylate shunt proved successful as succinate productivity was enhanced in certain conditions. Moreover, the formation of succinate during anaerobic darkness was explored. The enzyme L-aspartate oxidase was studied and the in vitro ability of this enzyme to reduce fumarate to succinate anaerobically was demonstrated, which contributes to the understanding of the cyanobacterial TCA cycle for future engineering purposes.

The production of the first intermediates of the plant phenylpropanoid pathway, trans-cinnamic and p-coumaric acid, which derive from the aromatic amino acids phenylalanine and tyrosine, was implemented by overexpression of phenylalanine- and tyrosine ammonia lyases in Synechocystis. The subsequent metabolic engineering, such as the elimination of competing pathways of tocopherol synthesis, demonstrated increased productivity for both target molecules. Moreover, laboratory evolution of Synechocystis was performed and several metabolic mutants were selected for their ability to secrete phenylalanine in the growth medium. The laboratory-evolved mutants provide an important basis for investigating pathway regulation of aromatic amino acid synthesis. In summary, the findings in this thesis contribute to the development of cyanobacteria as microbial cell factories for the sustainable production of renewable chemicals. 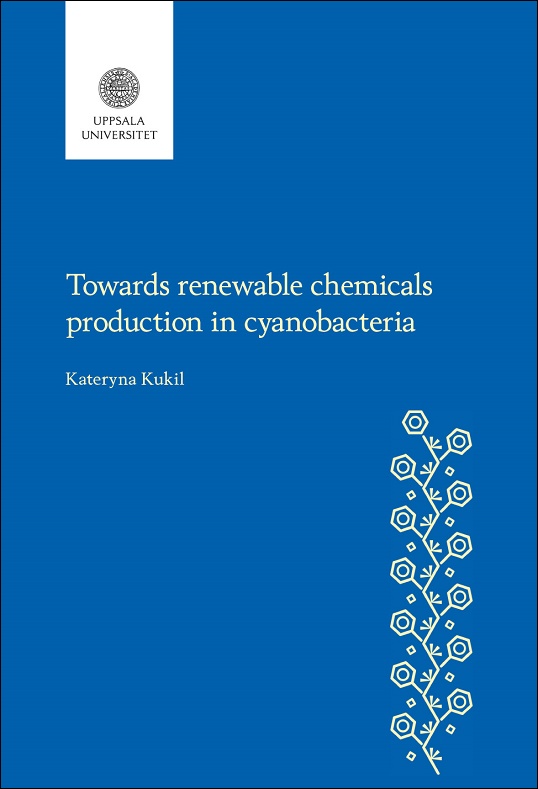