Länk till MazeMap för att hitta till sal B41.

By tailing charges on their paths within a molecule, one can gain fundamental knowledge of their inherent reactivity. The charges, originally residing in their lowest energy configuration, can upon light absorption move across the system, or transfer in between them. The focus of this thesis has been to study how electrons and protons transfer between different fragments of a molecule, following an absorption of laser light. The relevance of this work is not only attributed to its mechanistic insights, but also that it might provide a foundation for future designs of renewable energy systems, such as solar cells and fuel cells.

This thesis entails the investigation of a derivative of the famous N3 dye, developed for dye sensitized solar cells. This dye is a ruthenium-complex, with two bipyridyl and two isothiocyanate coordinated ligands. There was no real consensus in the literature whether the initial excitation of this complex, would cause the localization of an electron on one bipyridyl or, if it would delocalize over both of them.  Moreover, if the charge did initially localize, would it, at some point in time, transfer in between the ligands, hence perform interligand electron transfer? The results confirm the existence of an initial localization onto one ligand, and that interligand electron transfer occurs on a sub-picosecond time scale. This diminishes the risk of e.g. slow electron injection into a semiconductor surface such as in a solar cell, due to a charge localization onto a surface unbound ligand.

In photocatalysis, a concerted proton and electron transfer is sought after, as the total charge neutralizes thus avoids the formation of high energy intermediates. In a set of anthracene-phenol-pyridine triads a concerted mechanism was investigated, where the charges were shown to separate upon excitation, but later slowly recombine. The slow recombination followed a Marcus inverted region behavior, with a counter-intuitive decrease in rate with an increase in driving force. A concerted mechanism in the inverted region had previously never been observed. As the driving forces were altered, with the help of solvent and temperature, alternative reaction paths in the triads became visible. The anthracene-localized excitation was observed to transfer across the molecule, to the phenol-pyridine, where a concomitant proton transfer occurred. This proton-coupled energy transfer mechanism, is a new phenomenon that further adds to the knowledge of charge transfer mechanisms. 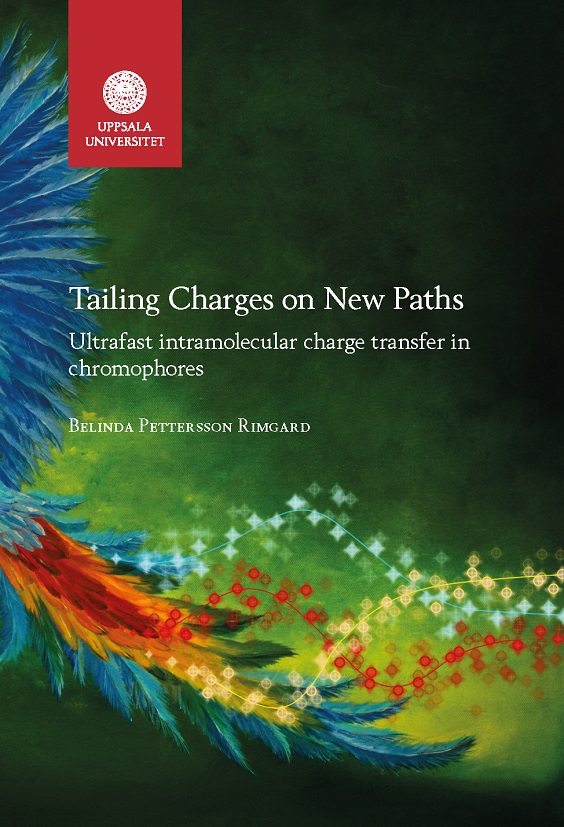