She is on the Board of Reviewing Editors for Science and has served as Chair of the Physical Division and the Theoretical Subdivision of the American Chemical Society. She has over 235 publications, is co-author of a textbook entitled Physical Chemistry for the Biological Sciences, and has given more than 360 invited lectures.

Proton-coupled electron transfer (PCET) reactions play a vital role in a wide range of chemical and biological processes. This lecture will focus on recent advances in the theory of PCET and applications to catalysis and energy conversion. The quantum mechanical effects of the active electrons and transferring proton, as well as the motions of the proton donor-acceptor mode and solvent or protein environment, are included in a general theoretical formulation. This formulation enables the calculation of rate constants and kinetic isotope effects for comparison to experiment. Applications to PCET in enzymes, molecular electrocatalysts for hydrogen production and water splitting, and photoreduced zinc-oxide nanocrystals will be discussed. These studies have identified the thermodynamically and kinetically favourable mechanisms, as well as the role of proton relays, and are guiding the theoretical design of more effective catalysts. In addition, recent developments of theoretical approaches for simulating the ultrafast dynamics of photoinduced PCET, along with applications to solvated molecular systems and photoreceptor proteins, will be discussed. 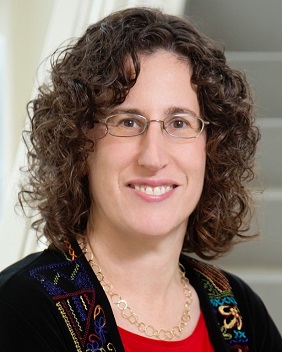 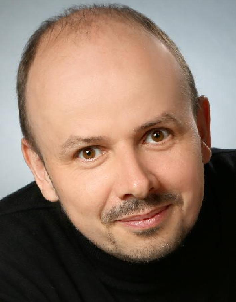 From April 2005 to January 2006 he was Professor for Physical Chemistry at the University of Jena and since February 2006 he has been professor for theoretical chemistry at ETH Zurich. His work is documented in more than 300 publications, among which he published a monograph on relativistic quantum chemistry. He was invited to deliver more than 200 lectures. In recognition of his efforts in research and teaching he received the Emmy Noether Habilitation Prize 2003, the ADUC award 2004, the Dozentenstipendium of the Fonds der Chemischen Industrie 2005, the OYGA award 2010 of the Lise-Meitner-Minerva Center for Computational Chemistry in Jerusalem, and the Golden Owl best teaching award of the chemistry students of ETH Zurich in 2010.

His research covers all fields of theoretical chemistry from its fundamental basis to challenging electronic structure and vibrational dynamics problems to advanced kinetic modelling and the study of chemical function encoded in complex networks and catalysis.

Have you ever pulled on a molecule?

Technical advances in combination with algorithmic developments have always been a driving force for establishing new approaches in theoretical and computational chemistry. Despite the amazing advances in computer hardware that brought us gadgets such as the iPhone, we still carry out molecular simulations with technology of the 1970s (keyboard) and 1980s (mouse). In this lecture, I will demonstrate how one can harness modern technology in combination with new theoretical concepts to carry out quantum chemical calculations in real time. This brings about new challenges for (i) starting and manipulating the input data and for (ii) perceiving the output data as these steps now become time dominating. I will demonstrate how new computer hardware such as force-feedback haptic devices can be used to allow for molecular structure manipulation in three (rather than two) dimensions and to literally feel the quantum mechanical forces acting on the atoms in a molecule as a descriptor for chemical reactivity.

A prominent focus of molecular science has been the understanding and design of functional molecules and materials. This brings about new challenges for theoretical chemistry. We are faced with the necessity to obtain theoretical results of predictable accuracy for molecules of increasing size and number. Moreover, the molecular composition, which is required as input for a quantum chemical calculation, might not be known, but the target of a design attempt. Then, the relevant chemical processes are not necessarily known, but need to be explored and identified. Whereas parts of these challenges have already been addressed by the development of specific methods (such as linear scaling or high-throughput screening), the fact that an enormous multitude of structures needs to be considered calls for integrated approaches. This holds particularly true for predictions on complex chemical processes that encode function (e.g., through reaction networks). In my talk, I will review our recent work on these challenges.