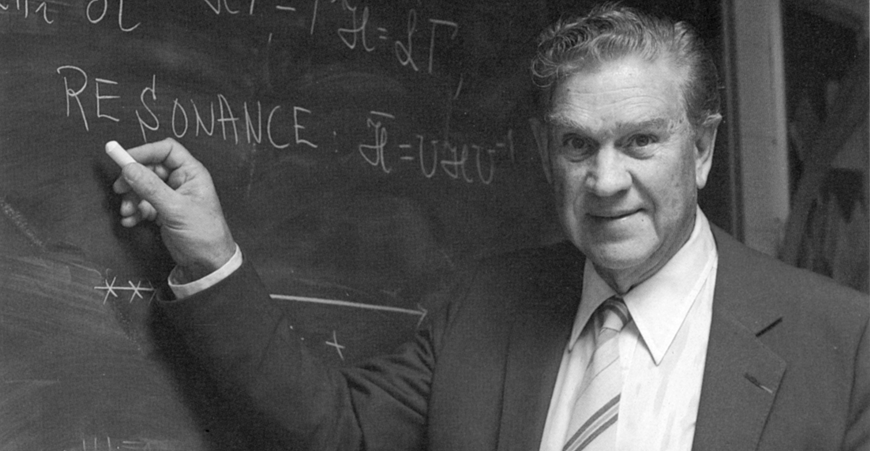 Film clips from the Löwdin Lectures 2018

Very welcome to the next Löwdin Lectures!

Thank you for coming!
See you at the next Löwdin Lectures.
Former lecturers
These are the scientists that previously held a Löwdin lecture.

The Committee for Quantum Chemical Löwdin Lectures was established in 1982 to administrate a fund generated by international contributions to honor Per-Olof Löwdin (1916-2000) in association with his retirement at Uppsala University in 1981.

The fund was transferred to Uppsala University at the 4th International Quantum Chemistry Congress, Uppsala, 1982. The purpose of the Löwdin lectures is to stimulate the interest in quantum chemistry by inviting prominent scientists to Uppsala to present their research and to give a general lecture on chemistry.

The deed of gift that started the Löwdin Lectures

You find the entire deed of gift on this link. 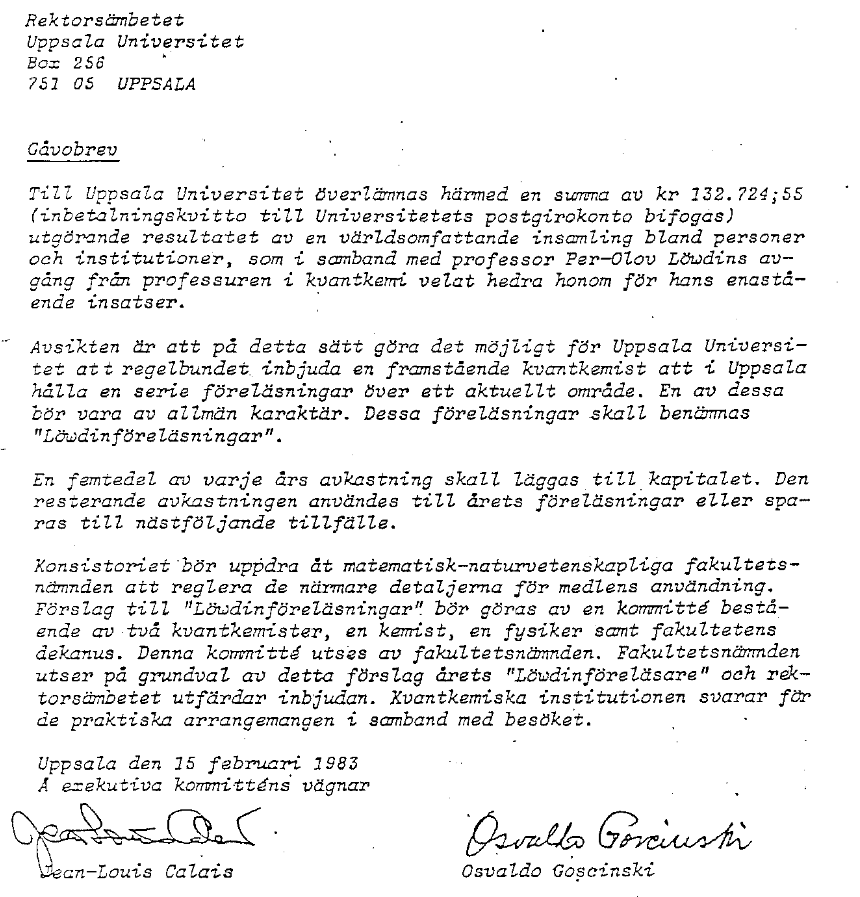