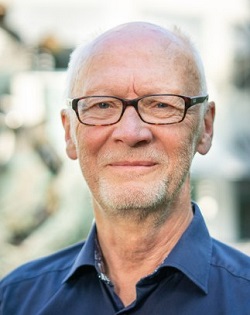 Olle Matsson, professor emeritus in organic chemistry at the Department of Chemistry - BMC, together with Jean Pettersson, senior lecturer in analytical chemistry at the department, has helped analyze samples in connection with a suspicious death.

It is about a death that took place in the summer of 2018 when a man died within a day after showing signs of stomach disease with vomiting and abdominal pain, headache, shortness of breath and palpitations.

Since the doctors did not understand what caused the death, while a poisoning expert believed that he could have been poisoned and his children suspected murder, a homicide investigation was opened and the body was sent to the Forensic Medicine Agency, RMV, for an autopsy. However, the coroners believed that he died due to illness, in the form of pneumonia and a heart attack.

But the children were not convinced and contacted Prof. Olle Matsson in 2019. After he read medical records, autopsy reports and statements from treating doctors, he made the assessment that the man likely died of poisoning. Olle wrote in a statement to RMV, among other things. that the blood should be analyzed with a view to possible antimony poisoning - given the symptoms the man had.

When blood tests showed that his antimony content in the blood was high - 1,430 micrograms per liter of blood against the normal 1-20 micrograms/liter - and several other irregularities could be demonstrated, the case was reopened in 2020. The samples that have now been analyzed at the BMC prove that the man did not had elevated levels of antimony in the body from before and thus has been exposed to acute poisoning. Which in itself should be able to prove that a poison murder has actually taken place.

The murder investigation is ongoing.

Several investigative articles about the suspected murder case can be read on SvD. (In Swedish, behind paywall/only for subscribers.)