So Hirata received B.S. (1994) and M.S. (1996) from University of Tokyo and Ph.D. (1998) from Graduate University for Advanced Studies. Following postdoctoral studies at University of California, Berkeley and University of Florida, he became a Senior Research Scientist (2001-2004) at Pacific Northwest National Laboratory. He had been on the faculty of Quantum Theory Project in University of Florida in 2004-2010 (using the office once occupied by Per-Olov Löwdin) before he became an Alumni Research Scholar Professor of Chemistry (2010) at University of Illinois at UrbanaChampaign, where he is currently a Blue Waters Professor. He has published more than 120 peer-reviewed journal articles and delivered more than 110 invited lectures. Hirata is a recipient of the Medal of the International Academy of Quantum Molecular Science, National Science Foundation CAREER Award, and Camille Dreyfus Teacher-Scholar Award. He is also a Fellow of the American Association for the Advancement of Science and a co-author of computational chemistry software Q-CHEM and NWCHEM.

Two extreme applications of the state-of-the-art computational quantum chemistry will be presented. One aims at achieving extreme accuracy, that is, essentially exact numerical solutions of the Schroedinger equations for small polyatomic molecules, using powerful many-body methods and computer algebra that can automate the derivation and implementation of these complex methods. The other applies such highaccuracy computational methods to extreme system sizes, that is, infinite three-dimensional periodic and nonperiodic solids. They include nature's most important solids such as ice and dry ice at finite temperatures and pressures. We computationally characterize their structures, equation of state, spectra, thermodynamics, and phase diagrams from first principles to help advance high-pressure chemistry, geochemistry, and planetary science. 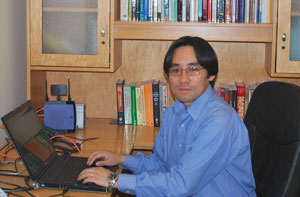 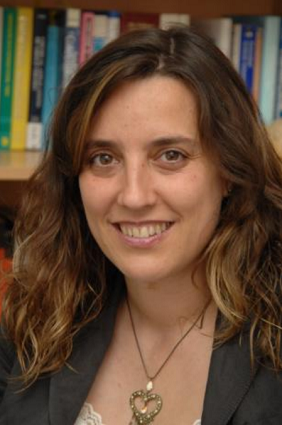 Leticia González is currently Professor at the University of Vienna. Her research focuses on using highly accurate electronic structure methods, developing molecular reaction dynamical methods and interfacing both fields to achieve basic understanding of chemical processes, especially in the presence of light. Born in 1971 in Madrid, she graduated in Chemistry at the Universidad Autónoma de Madrid, Spain, and obtained her PhD with honors in Chemistry in 1998. In 1999 she moved to the Free University Berlin in Germany as a postdoctoral researcher and obtained her Habilitation in 2004. She was appointed Professor at the Friedrich-SchillerUniversity of Jena in 2007 and full Professor at the University of Vienna, Austria, in 2011. Among her recognitions, she was Heisenberg Fellow in 2007 and received the Dirac Medal from the World Association of Theoretical and Computational Chemists in 2011. She has co-authored over 150 publications and has delivered more than 120 invited lectures.

“Everything that is living can be understood in terms of the jiggling and wiggling of atoms” said Richard Feynman in his seminal 1963 Lectures on Physics. But how fast atoms jiggle and wiggle? With the advent of femtosecond (1 fs = 10-15 s) spectroscopy it has just been just less than two decades that researchers can directly observe how atoms move initiating chemical reactions in few hundreds of fs and even control them. On the theoretical side, different methods for reaction dynamics have also been developed to follow and/or control the primary steps of a chemical reaction on a computer from fs to ns. This lecture will show the recent progress in simulating chemical reactions in real time from small to large molecular systems.