The current commercial Li-ion battery technology is largely reliant on the utilization of graphite as an intercalation material to store Li ions on the negative (anode) side of the battery. While this material has enabled a large-scale and wide-spread implementation of Li-ion batteries, its storage capacity is limited to 372 mAh/g. To reach higher energy densities, new materials with higher capacity for lithium storage are needed. 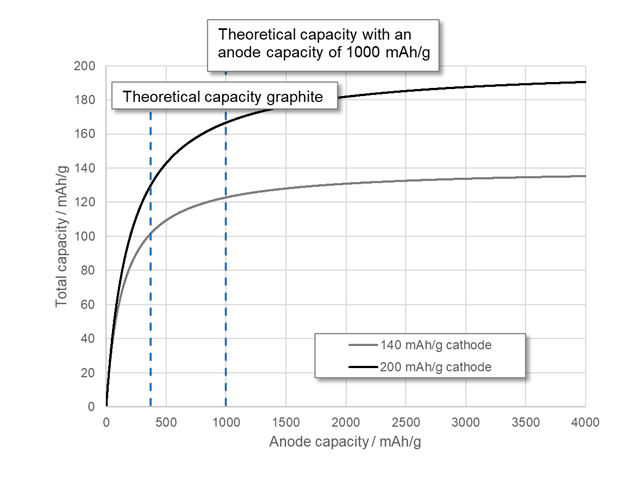 Potential capacity gains by increasing the storage capacity of the anode.

Lithium storage in silicon
The limitations on the energy density can be effectively circumvented by utilizing silicon as an anode material. Storing the lithium through alloying rather than intercalation, silicon can store a full 4200 mAh/g. The problem with this material is instead the reversibility; silicon undergoes huge volume changes as the material is lithiated and delithiated, resulting in stresses within the electrode, particle cracking and the formation of new surface area that leads to excessive electrolyte degradation. We work on several aspects of realizing the implementation of silicon in Li-ion battery anodes. We study the degradation reactions on the surface of the silicon particles, in order to understand how different electrolyte compositions behave together with silicon-containing anodes. We study the effects of polymer binders and conductive carbon additives – generally considered “inactive” components of the electrode – on the performance of silicon anodes. We study the effect of different particle sizes on battery performance and electrode processing. Together, we acquire the comprehensive knowledge necessary to tame this challenging material and enable its use in next-generation batteries. 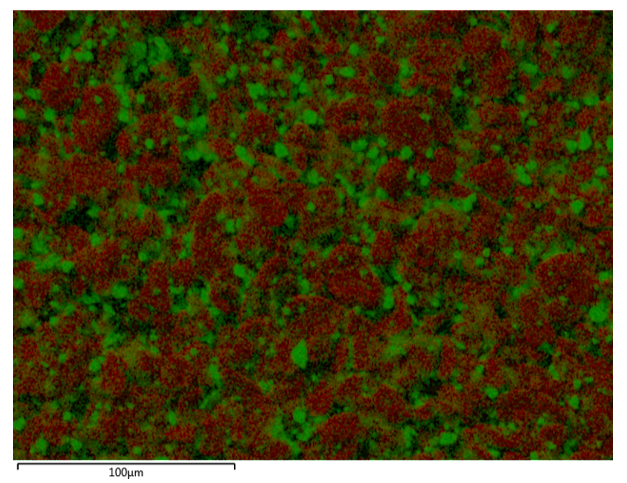 Improved Performance of the Silicon Anode for Li-Ion Batteries: Understanding the Surface Modification Mechanism of Fluoroethylene Carbonate as an Effective Electrolyte Additive. https://uu.diva-portal.org/smash/record.jsf?pid=diva2:814346

A hard X-ray photoelectron spectroscopy study on the solid electrolyte interphase of a lithium 4,5-dicyano-2-(trifluoromethyl)imidazolide based electrolyte for Si-electrodes. https://uu.diva-portal.org/smash/record.jsf?pid=diva2:849761